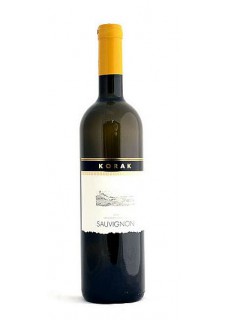 Family Korak is one of the rare Croatian wine producers boutique character. Their wines from vintage to vintage are witnesses of loyalty to the climate from they came transfusing into the glass very essence of Plešivica hills. Worldwide Sauvignon Blanc is grown with more or less success, while our expression of this variety are more stilistic similare to "Old World" with an emphasis on crunchy-mineral component.

Korak Sauvignon, located on the southeastern exposures at about 400 m above sea level shows a fine minerality on the nose, which gradually turns into salinity. Short treatment in wooden barrels large capacity enriches the wine with creaminess and juiciness while the long afterteaste has a mild spiciness.