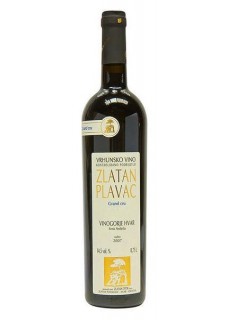 High quality wine produced from specially selected grapes of Plavac Mali from the best and oldest southern positions of Hvar vineyards older than 30 years. The average yield per vine is 0.5 kg. It ages in new barrique barrels capacity of 225 l. Best barrels of French, American and Croatian descent and another half a year in the bottle are combined. The wine is dark ruby color rich and complex aromas which give the impression of prunes, vanilla and leather. Rich and powerful tannic structure, fire retro taste with persistence that stays long.