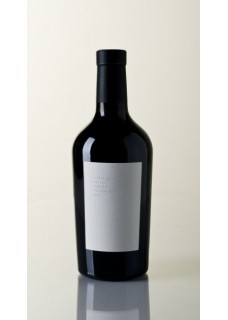 Stina Prošek is traditional Dalmatian dessert wine. Produced by the traditional method from dried grapes, prošek has a long tradition and history in Dalmatia, and was appreciated for its uniqueness and quality. The grapes are harvested late, when the bunches ary slightly overrripe and dried. It is made from Plavac mali and Pošip, red and white indigenous varieties spread on the southern slopes of the island. These vineyards are along the coast, angled toward the sun. Due to the particularities of terrain, all work in the vineyard is done by hand as well as harvest that is performed in several passes.

Arriving in the cellar the grapes are squeezed and after a few days of fermentation going on pressing. Must which is still in fermentation are then placed in special wooden barrels where the fermentation continues. Since red and white grapes do not come at the same time because of the different maturation period, after processing, we have two of Prošek: 'red' (made from Plavac mali) with its richness, power and aromas of black, jammy fruit and 'white' (made from Pošip) with its characteristic sweetness and fruitiness.

After half a year of keeping separate these two fractions are mixed and kept at least 2 years in wooden casks, where they are blended. Prošek rests in the bottle at least 6 months before launching on the market.  Stina Prošek is a dessert wine, sweet, creamy while the scent reveals the full richness of dried fruit and sweet barrique notes.

Stina project, as one of the most comprehensive wine projects in Croatia, began in 2009, when the company Jako vino d.o.o., owned by Mr Jako Andabak, leased a cellar from the Agricultural Cooperative of Bol in a town bearing the same name. Immediately after the takeover of the cellar, its complete reconstruction and technological equipping started.
Vineyards have been planted on a plateau located at 420 to 550 metres above sea, with a slight inclination towards the sea in the east and southeast directions.
The peculiar bottle packaging was designed by the renowned Croatian design studio Bruketa&Žinić. This packaging has won awards five times so far: the best package design in Croatia at Ideja X and Cropack, the best package design award in Europe at Helsinki, and the third best package design award in the world at New York, by the choice of the prestigious Art Directors Club.