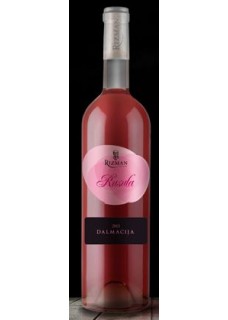 Our Rusula wine is made from the black grape Plavac mali sort, from our very own vineyards, on steep southern slopes and hills descending into the sea.

The name Rusula is an old Dalmatian name for the rose flower.

With organic grape production, contemporary processing and modern way of winemaking we created this light and refreshing wine which is best served at the temperature of 10-12 °C.