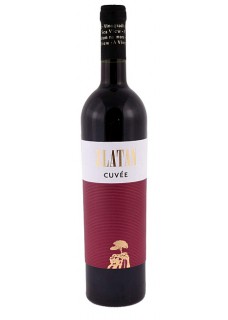 One of Croatia’s best examples of Dalmatian coastal southern red wine, it is a little less bitter than single varietal classic Plavac at this price point, with it being completely dry with low residual unfermented sugar. The color is purple-burgundy with blue reflections, and the delightful aroma is unaccented, restrained, and discreet so it ends up being pleasant to all connoisseurs of good red wine.

This wine comes as blend of Syrah, Babić (an indigenous croatian variety) and Plavac Mali. Its freshness and medium-body aroma gives the Zlatan cuvee distinct and tipical aromas of which are darker cherry and raspberry fruits, currants, herbs, laced with the structure of the easily recognizable fine tuned tannins and earthiness that are ever-so-present in wines that comes from this area.