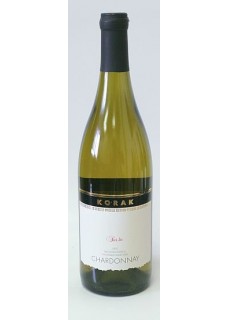 One of the most prestigious continental Croatian white wines.
The winemaker of the year in 2009, Mr. Velimir Korak produced this Chardonnay by the method called sur lie , rather the care of the wine after fermentation in barrique barrels on the yeast, which are frequently mixed in regular cycles. This is an old burgundy technology for white wines and the best effects are achieved specifically on the chardonnay.The smell of the Korak sur lie is a complex and dominated by soft hazelnut and pistachio, followed by a variety of different flavours, from mature melons and figs, through butter to smoky notes. The flavour is very rich, slightly spicy, nicely balanced acidity and lasts very long.