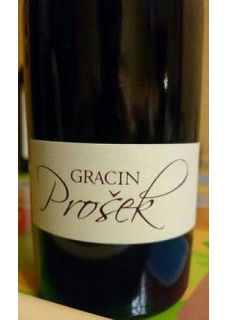 Prošek is produced all along the Adriatic coast of Croatia but mainly in southern Dalmatia and on many of the islands where vineyards thrive in limestone soils among olive, fig, and pine tree groves. Prošek is made from grapes harvested with a sugar level of 100° Oechsle (the equivalent of the German Auslese classification).

Once harvested, the clusters are laid out on straw mats to dry in the sun for 3-4 months or until the grapes shrivel and achieve a sugar concentration of 120° Oechsle (the equivalent of Beerenauslese). The grapes are then crushed and the must is macerated for 2-5 days, when the juice is pressed off the skins. Fermentation can be extremely slow – often lasting up to a year or longer.

Once the wine has finished fermenting, it is then aged in wood casks (usually older wood) for a minimum of one year. Most producers do not filter the wine. Typically it takes about 1 kilogram of dried grapes to produce 750 ml of Prošek. Prošek is a still wine with a minimum alcohol content of 15%-22% that has been aged in wood for at least one year. Residual sugar content ranges from 70-150 grams per liter (g/l).

Depending on the types of grapes used and the age of the wine, the color of Prošek can range from deep gold to amber, neon orange, maple syrup, and dark brown. Prošek is dark, thick, unctuous, and sweet, with flavors of dried fig, raisin nectar, coffee, toasted hazelnuts, burnt toffee, candied orange rinds, honey and vanilla.