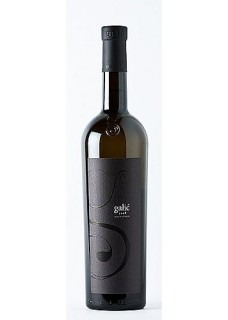 This wine embodies the highest qualities of Sauvignons from Slavonia. Initially predominantly herbal in character on the nose, hinting freshness of green peppers and meadow hay, followed by enticing gooseberry aromas, supported by nearly salty mineral-inflected finish playing through as an overhanging fragrance.

Galić family has been in winegrowing business for generations, mostly producing wine for own use. That love passed onto Josip Galić and it matured into a significant enterprise developed through Galić d.o.o. company projects.
Basing its grape production on self-owned land, Galić d.o.o. company applies the latest insights into soil bases, grape varieties and the most modern ampelotechnic procedures in winegrowing, while maintaining the production processes environmentally friendly. Thus produced grapes are carefully picked and promptly delivered to a wine cellar for further processing. Swift processing in aseptic conditions, using the most modern equipment and the latest technology, along with a team of leading experts, warrant the perfect results to which we aspire.
Hospitable elevation of 200-330 m.a.s.l, predominantly southern exposition and continental climate properties, including gradual transition from summers into autumns, and autumn average temperature exceeding springtime one, comprise conditions ideally suited to winegrowing.
It is traditionally believed that Romans were impeccable when selecting types of production best suited to specific areas in terms of the best results and superior quality produce. Vallis Aurea or Golden Valley is a name borne by our valley since their age.
Local history also records that Cistercian monks spread into this area in 1232, arriving from Zirs in Hungary, located on shores of Lake Balaton. Among other things, they started planting vineyards and producing wine, therefore the oldest wine cellar in this region dates back to that period. That monastic order possessed above average education levels for the period, with a particular talent and zeal for economic development, as attested by the fact that they set up winegrowing and winemaking immediately upon their arrival.