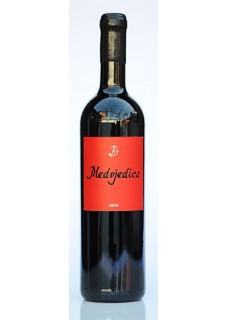 100% Plavac Mali from the south part of the island, from soils rich in carbon. This wine and that of it’s partner (Medvid) are named for the extinct sea lions (or “bears of the sea”) that used to populate the sea around the island of Hvar.

Ivo Duboković is Croatia's leading boutique winemaker and certainly one of the most serious one in Croatia.
His vineyards are located on the island Hvar, one of the warmest and sunniest islands in the Adriatic spreadinog over microlocalities of Sveti Nikola and Medvid bod. Soil structure ranges from limestone pebble, white sand with small percantage of red soil, giving an ideal nutrition source to indigenous varieties such as Mali Plavac Drnekusa, Parac, Kuc, Bogdanusa and Marastina. Dubokovic prefers that his wines are dense, bold, with a fuller body and structure, therefore he leaves grapes on vines till late September through the October.