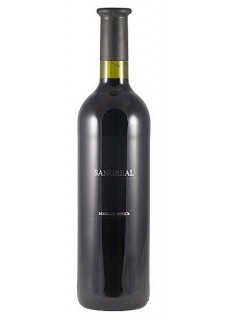 Upon initial opening, the nose of this seven year-old wine is a bit strong with alcoholic black cherry aromas wafting out. The color is quite notable as it looks like how a wine should look with a light, garnet red. It’s not this super dark red that so many wines are tinted to mimic these days. Given 15 minutes, the initial nose blows off and the wine starts to set up.

The body takes on flavors of mature sour cherry and as it breathes more, fresh mint comes in to the picture. It doesn’t really develop more than that though and the finish, while clean, really likes to be paired. The Sangreal Merlot is Alen Bibich' master piece and personal pride. It's made from his finest fruit and aged in new French and American oak.