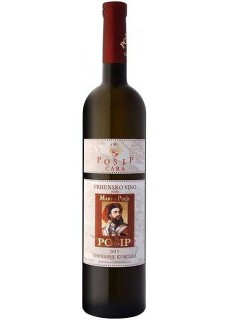 This wine is made from the indigenous white Pošip grape from the best position for this indigenous grape, the Čara valley on the island of Korčula. The oldest plots are being vinified only, giving the best expression of one of the most potent white grapes from Croatia.

The name Marko Polo (who apparently was born on the Island of Korčula) states as the most valuable for this special wine.

It is characterised with lovely nose of tropical fruits and mediterean herbs, giving a balanced taste with long finish.